In the context of rising homelessness, there has been significant political attention towards the issue. Pledges to end rough sleeping and tackle homelessness featured across 2019’s General Election pledges and Central Government has announced a number of homelessness-targeted grants in recent years and last year, the largest year-on-year increase in funding for local authorities, which are key to efforts to prevent and reduce homelessness.

This report analyses local authority expenditure on homelessness over a decade (2008/9-2018/19) and explores what these trends have meant for services and those who use them. We found that for the large part of the decade there has been a sustained reduction in expenditure, and despite funding announcements, the gap between what was previously spent and what is currently spent is barely beginning to narrow. While the effects have been felt across all types of homelessness, the group the hardest hit has been single households (those without dependent children), spending on which has seen nearly a £1 billion reduction.

A key change to take into account in our analysis was the way in which the Homelessness Reduction Act impacted on the data and our methodology. Since April 2018, data has been recorded under Homelessness Case Level Collection (H-CLIC). We also spoke with local authorities to see what the impact of the new duties to prevent and relieve homelessness for a wider range of households has been on their work. 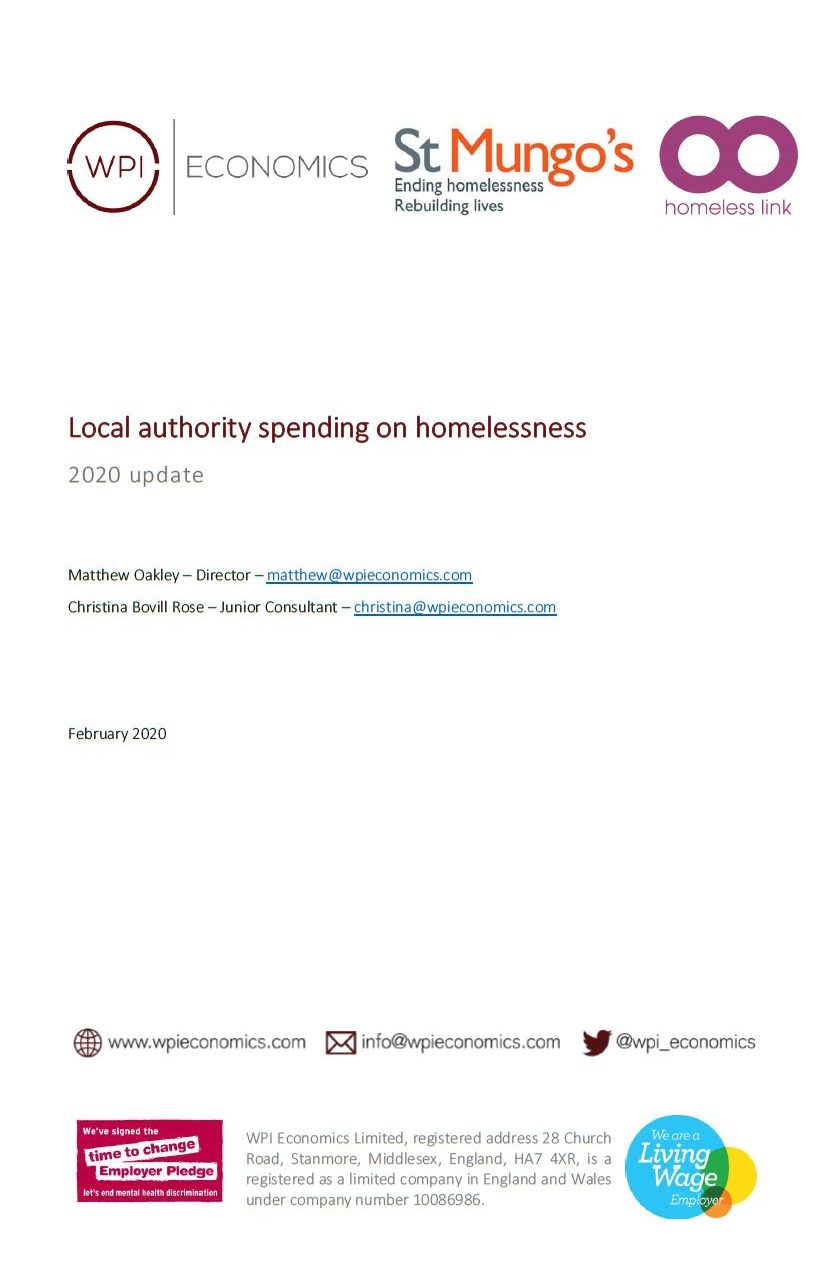